Note - 4 months later - this post has been sitting in my draft file for all this time.  I cannot believe my procrastination.  It's really a symptom of my depression and lack of desire to write.  Which is a darn shame, the photos and video are meant to be seen and shared, finally!

I was a table leader for this year's 3rd Annual Diner en Blanc Philadelphia extravaganza, on Thursday evening, August 22, 2014. It was, by far, the best year, best event, best location!  The only down note of the whole affair was that Liz couldn't be with me, as she and Nate went to Colorado for a week's vacation on the same day.

As I was in charge of 50 people, leading them from a meeting location on North Broad Street to some secret location, I was totally into the event from the first moment to the last sweep up of the night.  I treated the entire month of pre-event planning, my small part that is, as all plans for a party that I was hosting. 50 people were going to rely on me to bring them to a swell party, I wasn't going to abandon them once we set up our tables.Before the event, I stayed in close touch with all the guests on my list.  At the event, I had gifts for each guest, bubbles in a silver wand, and candy, along with a tag with the hash tag and my contact information.  Another special thing we planned at the party was to do a birthday sing to one of guests.  It was the 23rd birthday for one guest, and his mom told me in advance.  Since most of my friends at the event are singers, we did an "impromptu" birthday sing - in the best operatic style of Happy Birthday anyone ever heard!  This was an event that no one could ever forget!


The above video illustrates the sheer mayhem, magnitude and well-choreographed work that goes into doing a  party for 3,500 people.  Rules are integral in keeping this event gorgeous and well-run. 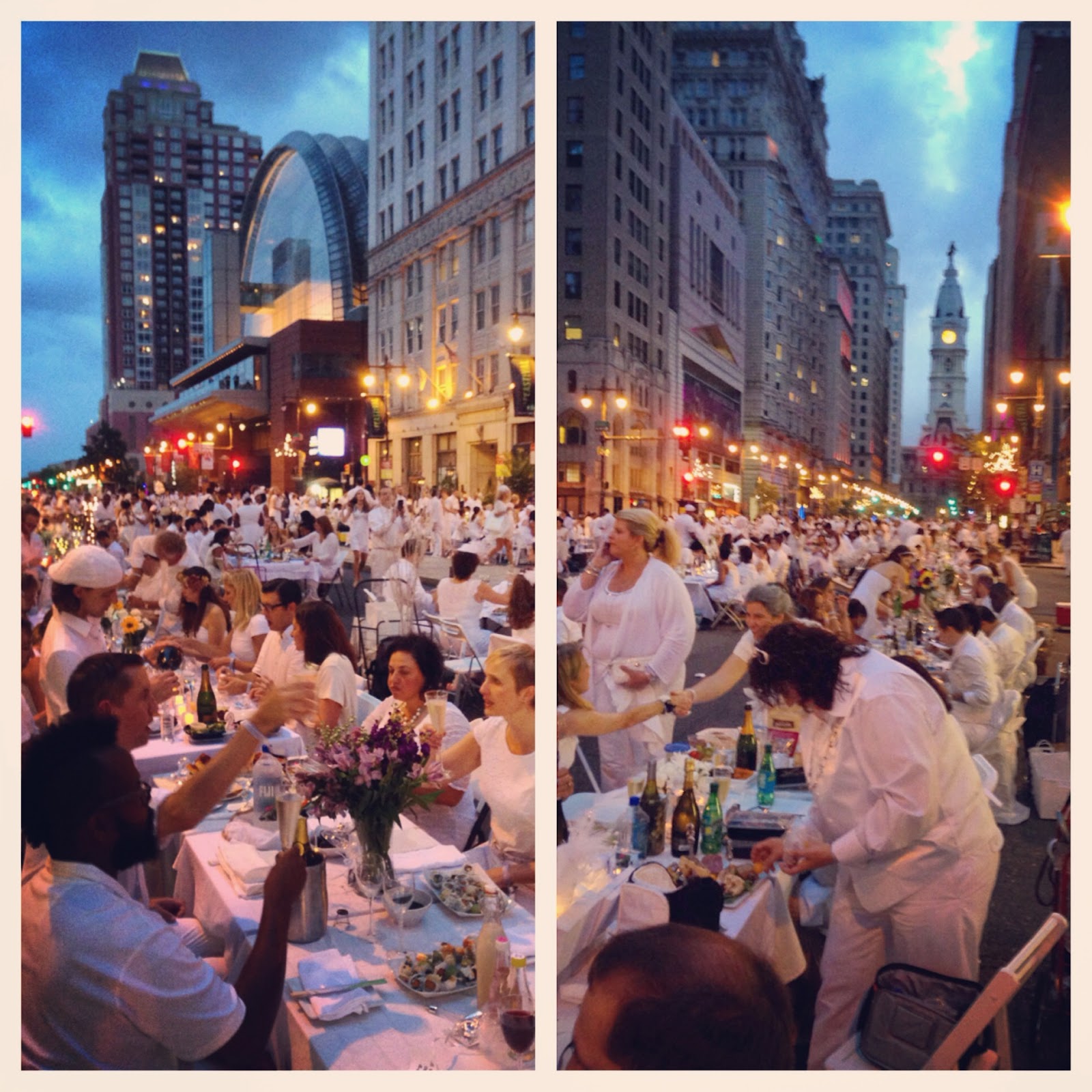 My group was seated at the south end of the event, near to Spruce Street, between the Double Tree Hotel and the Wilma Theatre. 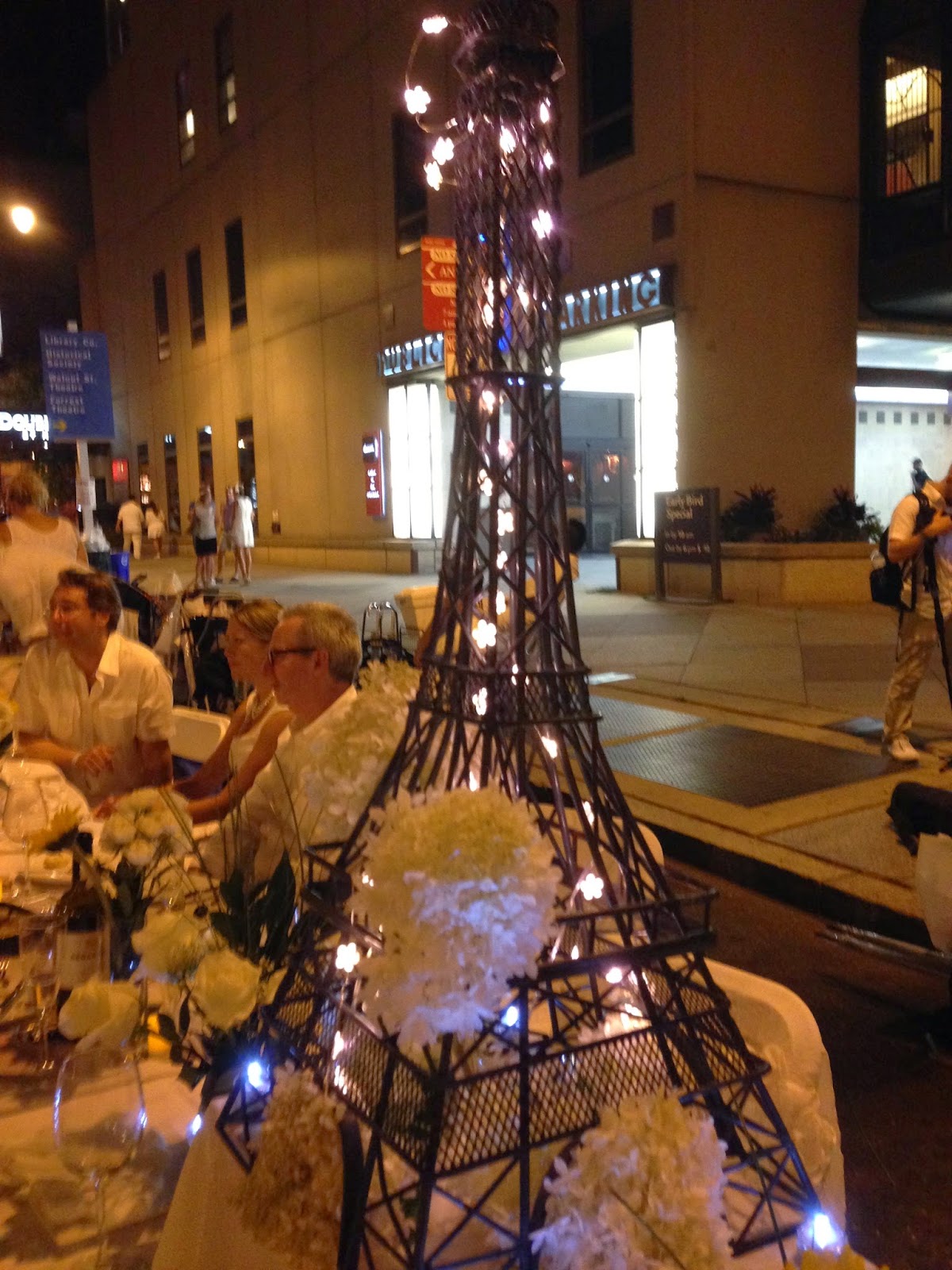 One of the most photographed table center pieces of the night - an Eifel Tower with lights and flowers.  It was part of one of my guest's talbescape - it took up so much room they barely had space to eat, but it was worth giving up the space. Pat and her guests were featured prominently in many articles, photographs and the #DEBPHL14 video. 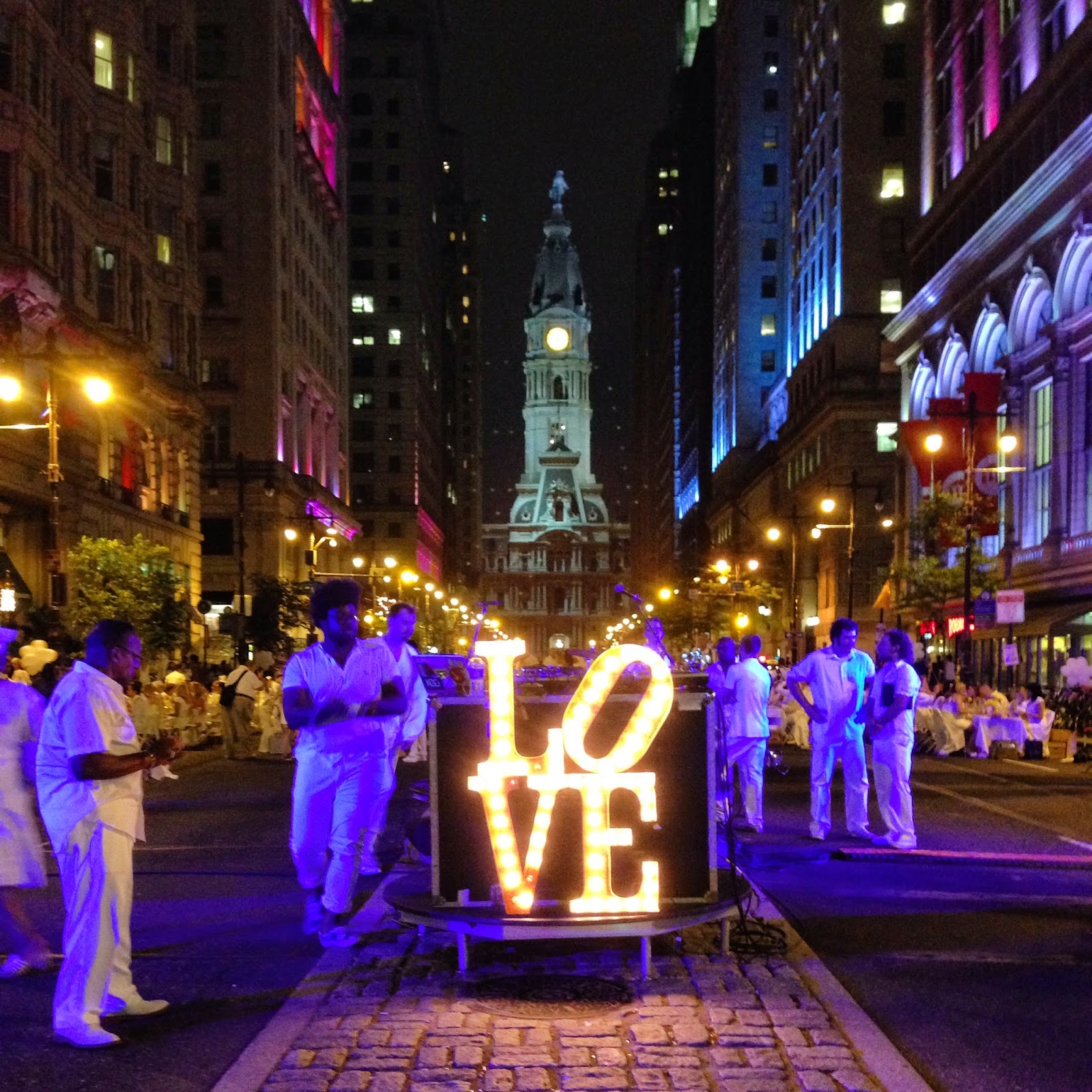 This is one of my favorite photos that I captured on my brief walk down Broad Street once the party began.  Like many of my best photos, it was a lucky accident.  Sometimes I can get that money shot that captures everything about a mood in one fantastic moment. 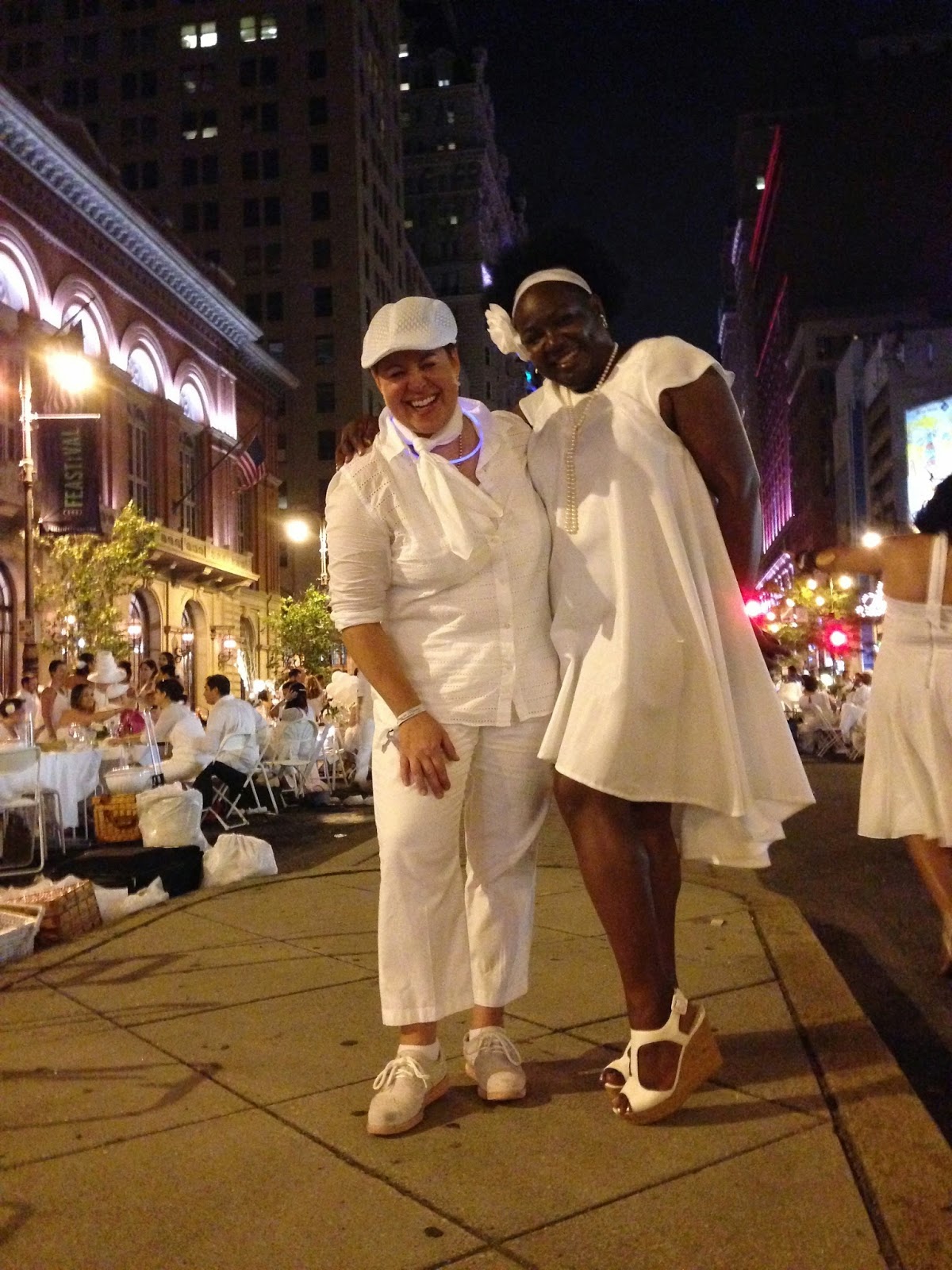 LeAnne and I got a great tip from Philly Chit Chat blogger and photographer, Hugh Dillion - he told us to pose with our chins down.  Here we are, with our best foot forward and no double chins! 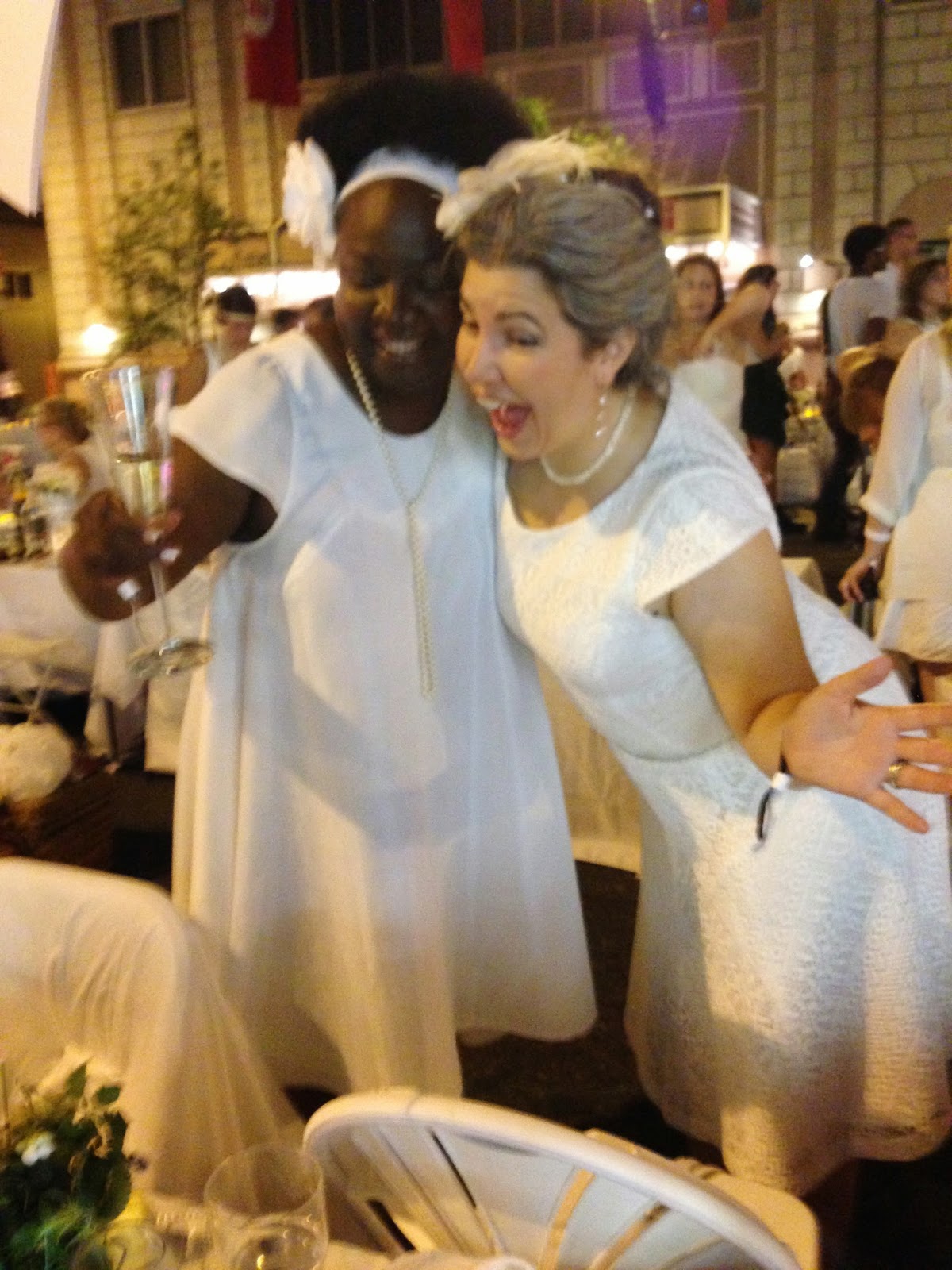 Capturing selfies - LeAnne and my friend, Maren (aka Super Maren) were in the process of taking a selfie photo - so naturally, I had to document the moment. 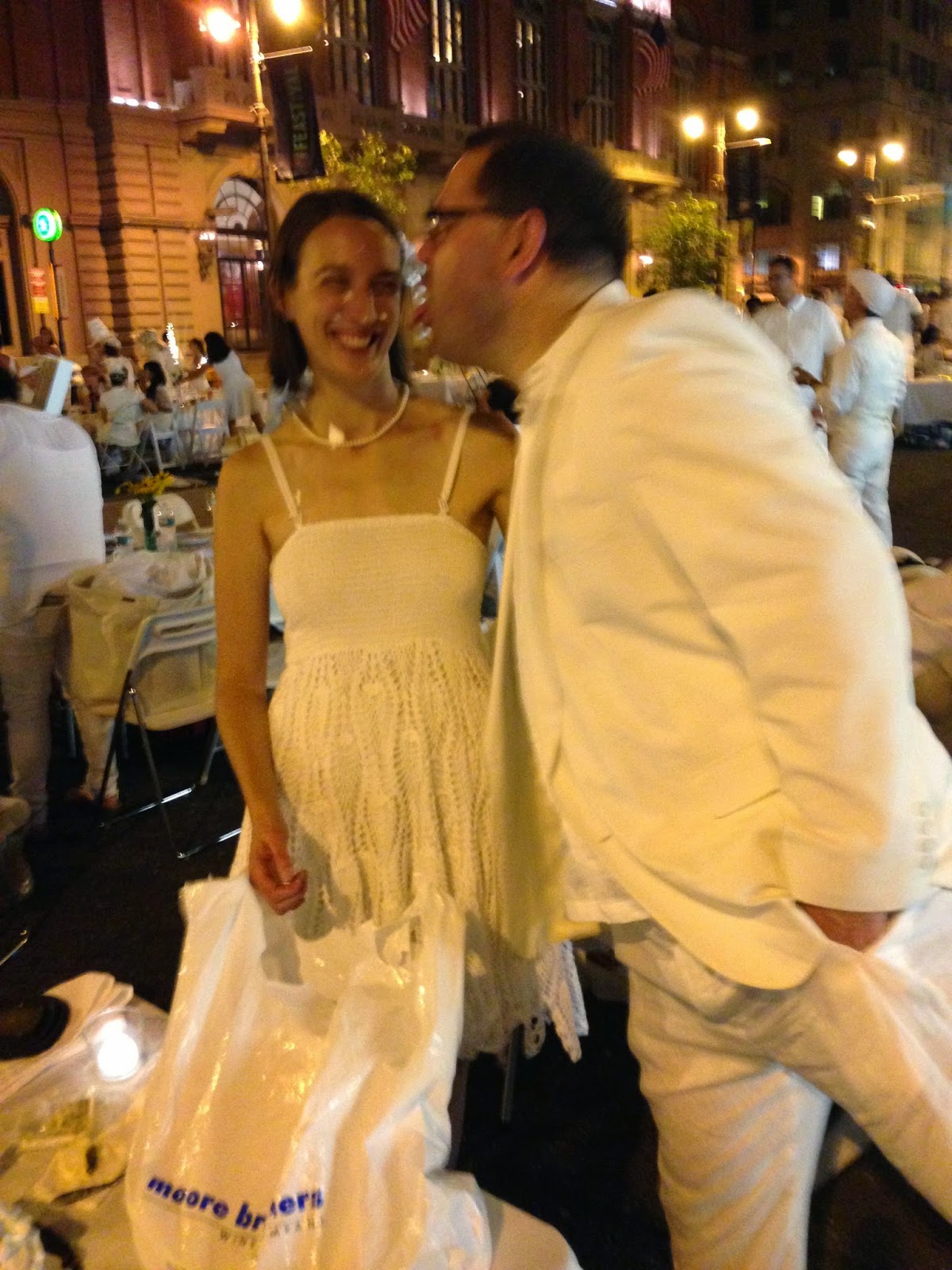 My friends, Dave and Suzannah - I think we were all tipsy by night's end.  Dave is being rather cheeky here, licking some whipped cream off his wife's cheek. 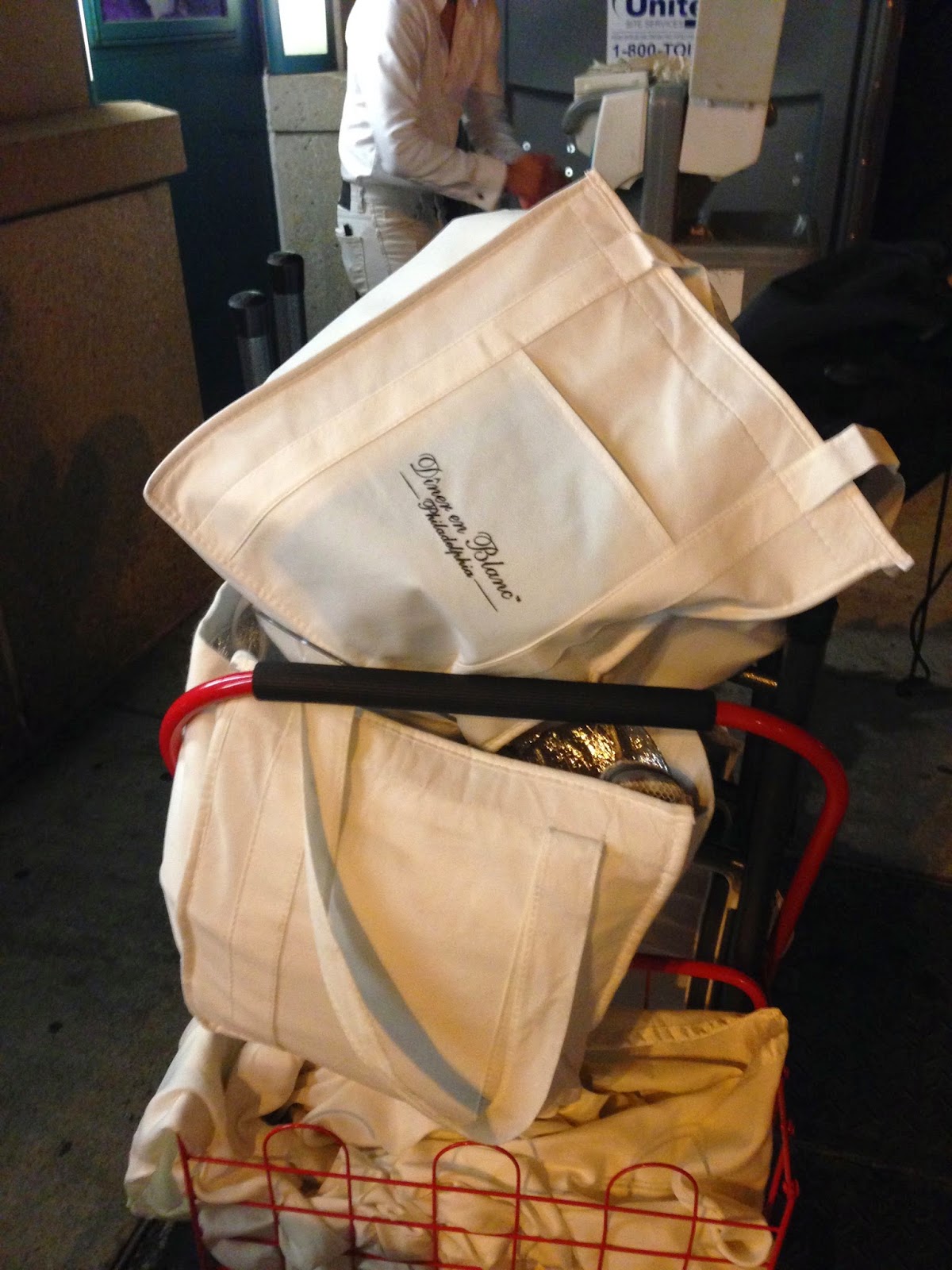 All packed up and ready to roll back to our car.  Whew! It was a spectacular night that far surpassed all of my expectations.