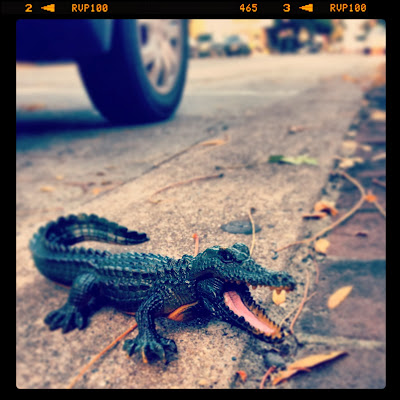 This week's photo idea started with this little alligator toy that I found on the sidewalk in Collingswood.  I was doing a photo walkabout for World Wide Photo day, and I spied this little critter on the curb.  I laid down on the sidewalk and snapped some shots with my iPhone, ran them through the Instagram app and voila! cool perspective.  From there, I took a few more photos of Wall-E-Gator as well as a few other random toys that were in our house and at my office. 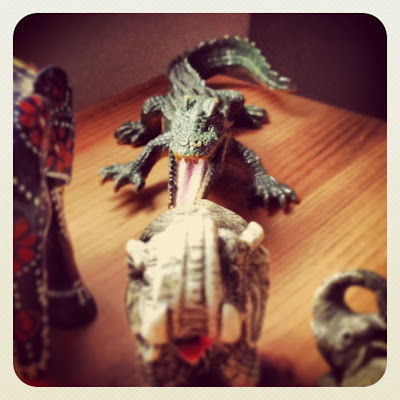 I took the gator home for Nate. For a day or two, Nate played with the toy, taking it to bed with him and then bringing the plastic ankle biter into our room in the morning.  It made its way onto a table where we have a few elephant knickknacks. 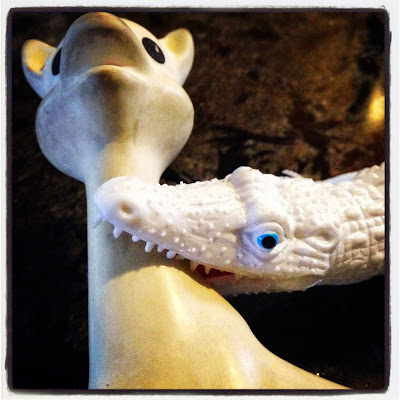 The gator then inspired us to find the albino alligator toy that we bought Nate a few years ago from the Cape May Zoo when we saw the real-life albino alligator.  Old Whitey happened to be on the counter with Sophie Giraffe, so naturally, the predator in me made the blue-eyed swamp creature attack poor Sophie. 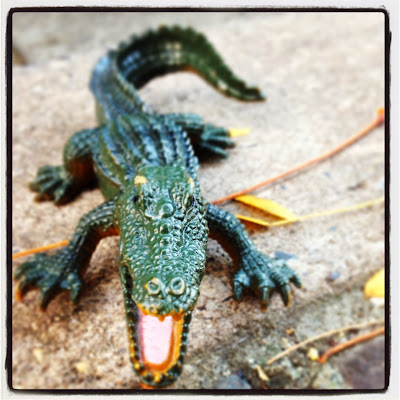 From my original photo. 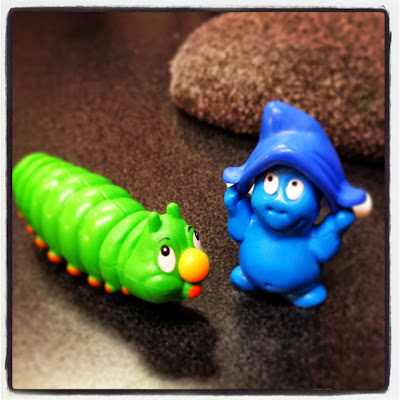 Other fun toys - with guilty faces.  Some Kinder Egg Toys given to me by my friend, Ellen.  The inch-worm rolls and his nose and tail go in and out.  Clever toys. 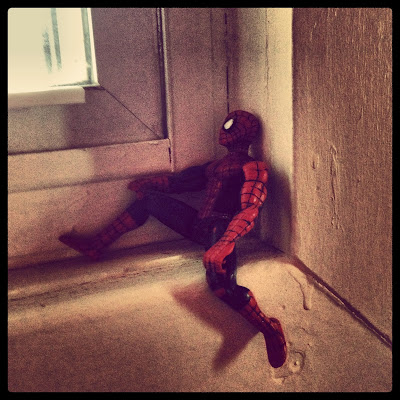 At Nate's recent Halloween Birthday Party, Spider Man somehow wound up sitting on the bathroom window sill.  He looked very pensive.  The lighting, the textures, all made for a moody Spidey photo. 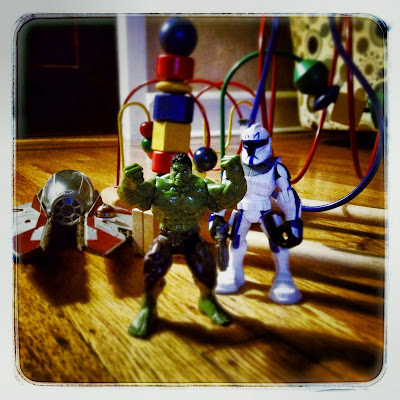 And then there was the combination of Star Wars Figures, Space Ships, The Incredible Hulk and random busy abacus style toys, all formed together by Nate in a still life creation.  It was Nate's castle, being protected by a Storm Trooper or Bobo Fett, with the Hulk standing guard. Menacing and clever at the same time. 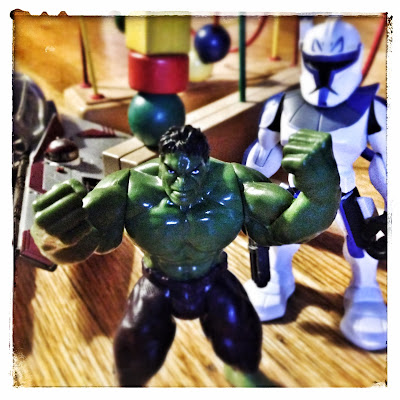