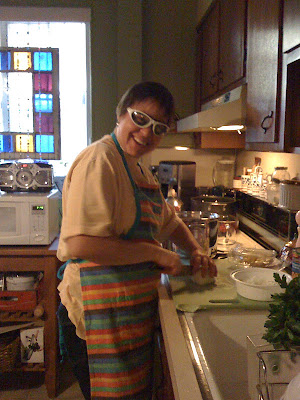 I've always been the one to cook Thanksgiving dinner, as far back as I can remember.  Before I became a trained chef, cooking the Thanksgiving meal has been my all time favorite meal to make.  As a teenager, living at home with my bi-polar manic mother, Thanksgiving was and is the only holiday that doesn't have negative memories attached to it.  The gatherings were usually fun and low-key.  The food was plentiful and delicious and if we happened to be at someone else's house, there wasn't any of the momma drama that  usually accompanied the other big family holidays - Christmas, her birthday, New Years, Valentine's day, et al.  Those holidays necessitated a lot of screaming, crying, histrionics and tree and gift throwing, starting oh, immediately after Thanksgiving and lasting clear through until after Valentine's Day.  My mother's theme song for the whole month of December?  Alone Again, Naturally by Gilbert O'Sullivan.

Thanksgiving on the other hand is and always will be, about the food.  And as we all know that feeding people is akin to feeding the soul or at least eating away the sadness in order to find peace and happiness. Thanksgiving is the perfect holiday to quell the angry beast right in its belly.


As a young adult living on my own, I discovered that my passion for cooking and entertaining dove-tailed nicely with throwing a big feast and party for all my stray friends.  In my early 20's I realized that there were many people in my life that had no place to go for Thanksgiving.  Our families either abandoned us because we were gay, or we didn't get along with our families because we were gay or misunderstood, or came from crazy backgrounds, or all the above.  With so many friends "homeless" on Thanksgiving, I took it upon myself to host the dinner.  One of the largest gatherings I had was for 15 people, crammed into my small three-room apartment at a make-do table.  I spent far too much money and cooked for hours.  People arrived late, some still drunk from the night before.  One friend fell asleep on my bed before dinner, sleeping off the many gin and tonics he consumed the night before and morning of Thanksgiving.  Homemade cranberry sauce was spilled on my new white tablecloth and all over the floor.  Ah, memories! 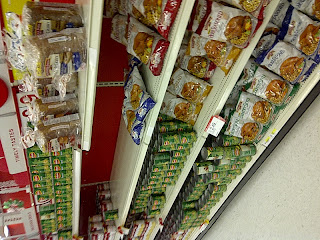 Another year, I hosted the bird-day for a more manageable crowd of 6 or 7 guests.  It was during my more manic years and I was heavily into all things Martha Stewart.  I was also big into partying, drinking, doing other illicit things and staying out all night.  Trying to be the gracious and pretentious hostess after a night out on the town dancing and drinking meant that I came home from last call and started cooking at 3 am, napping for an hour or two before starting the final cooking push.  This was the year I decided that I'd make individual Cornish game hens for everyone, along with all the fixings from scratch.  I turned my nose up at a friend's delicious green bean casserole and brown and serve Parker House rolls (until I tried them and realized what I had been missing for all those years!)  Another guest was even snottier and ruder than me.  He insulted my choice of Cornish hens, stating it wasn't a Thanksgiving dinner without turkey.  He said that he was surprised at how much great art and collectibles I had.  I'm not sure what kind of decor he expected, pin-ups from Penthouse and On Our Backs? Adding insult to injury, proclaimed that since he was attending dinner at a lesbian's house, there must be marshmallows and sweet potatoes on the menu too.  I'm still insulted after all these years.  Needless to say I never did forgive this smacked ass for his trash talk.


As I grew older, a bit more mature and a lot more sensible with my choice of friends, Liz came into my life and our guest list changed faces.  We still enjoyed hosting holiday dinners for our stray friends but they were people with whom we shared more things in common; art, music, politics, social graces...our families would be a part of the feastivities and the dinners were far less polarizing.  I still cooked a lot of food and tried to make a lot of things from scratch but if someone wanted Campbell's Green Bean Casserole with French's Fried Onion topping, who am I to turn up my nose to this ubiquitous holiday dish?

The year before Nate was born, Liz and I had a small intimate Thanksgiving dinner for just the two of us.  I made healthier fare as we were both doing Weight Watchers and I had renounced all things fattening and unhealthy.  Dinner tasted great, there were plenty of left-overs for the weekend and even though it was healthy we didn't feel deprived of our Thanksgiving favorites.  Being a lesbian, I still had to have sweet potatoes and marshmallows at my table, though this time I roasted the sweet potatoes and used light butter, cinnamon and topped them with a few mini marshmallows. 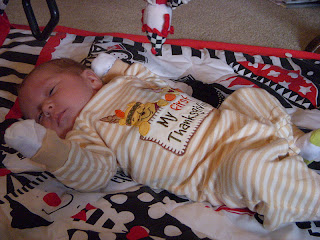 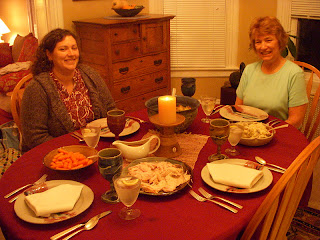 The past two years we've spent with Liz's mom and step-dad, in Staten Island, bringing Nate with us to celebrate the holiday.  Thanksgiving 2009 he was just a month and a half old.  We were both sleep deprived and tense from the long traffic filled drive up the turnpike.  Our best memory of the holiday was having a baby boy, the first grandchild with us to fill the holiday with love and happiness.  The holiday became less about the food, the need to fill the void in our souls and more about being a fully realized family. 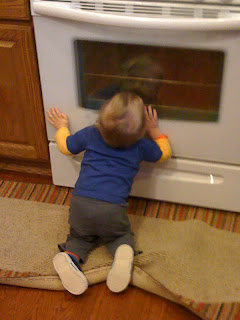 In 2010, we again spent Thanksgiving up in Staten Island.  Nate was now a year old and just about ready to walk (which would happen the day after Christmas.)  Our best friend, Jen and her mom came up to join us.  The day was about friends and family being together and enjoying a good meal together.  It's funny how having a child can truly change your perspective and help you get your priorities together. 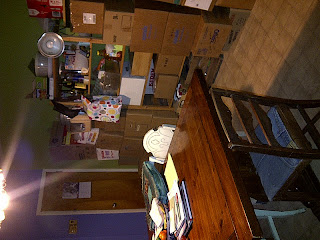 This year will be our final year in South Philadelphia.  We are moving in a few days to South Jersey so surrounded by boxes.  We are packing and purging for our big move to a new house.  Nate is very mobile these days, running from the moment he's awake until the moment he falls asleep.  It's a lot easier to stay home with him, keeping him contained and entertained with the things, toys and tv shows with which he's familiar.  While our house is in chaos I'd rather do the entertaining here than be worried about what Nate is up to in someone else's less-than-child-proofed home.  Jen, her mom and our friend Ryan will be our strays this year.  Dinner is a mix of prepared foods from Whole Foods Market and offerings from our friends.  I hope there will be a casserole - Jen's promised to make broccoli and cheddar cheese soup casserole with Ritz Crackers! We'll eat among the boxes and watch Nate run, sing, play and show off for us.

Next year, we'll start another round of new Thanksgiving traditions, with a bigger family (a new nephew will be born sometime soon) and we'll see how life in Jersey changes our lives.  I'm sure I'll be cooking something wonderful and I'll try to find a way to get marshmallows and sweet potatoes combined in my menu. 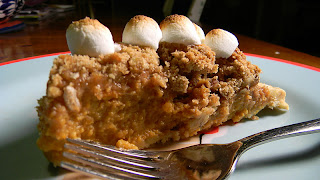