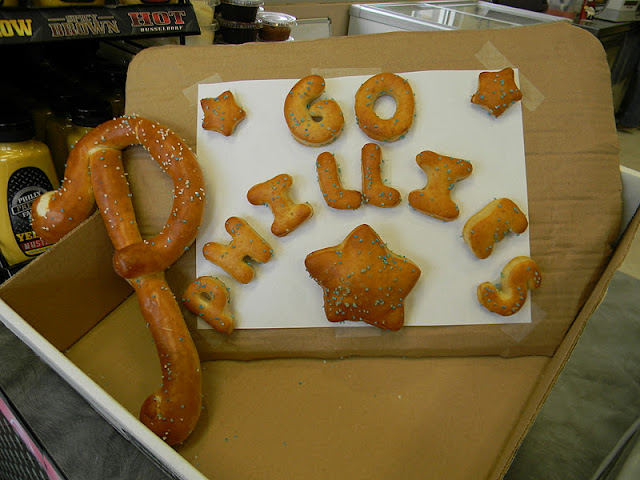 My tribute to the Phillies and their game 5 of the NLDS - I present some Phillies Phood Phinds!  The pretzels were done by the Philadelphia Pretzel Factory - a recent find.  Everything is good with a pretzel in Philadelphia! 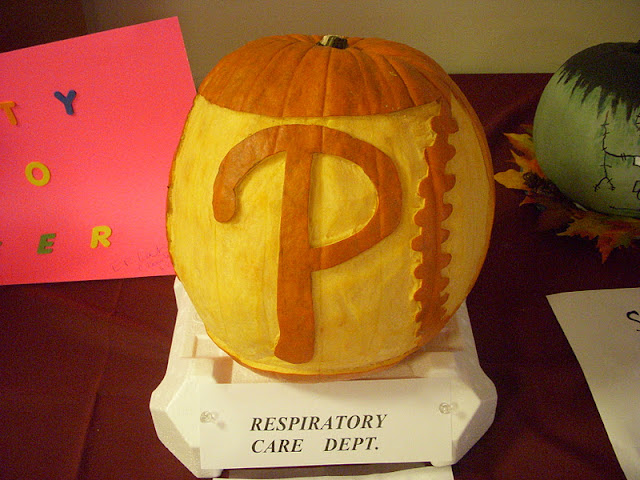 This is an older photo, from 2009.  The Respiratory Care Department of Pennsylvania Hospital had a series of carved and decorated pumpkins in the hospital's cafeteria during the month of October 2009.  As we spent every day for two weeks at the hospital when Nate was born, I got to see a lot of things in the hospital and I ate a lot of meals in the cafeteria.  Aside from having Nate there, the pumpkins were the 2nd best thing that came out of Pennsylvania Hospital in my oppinion. 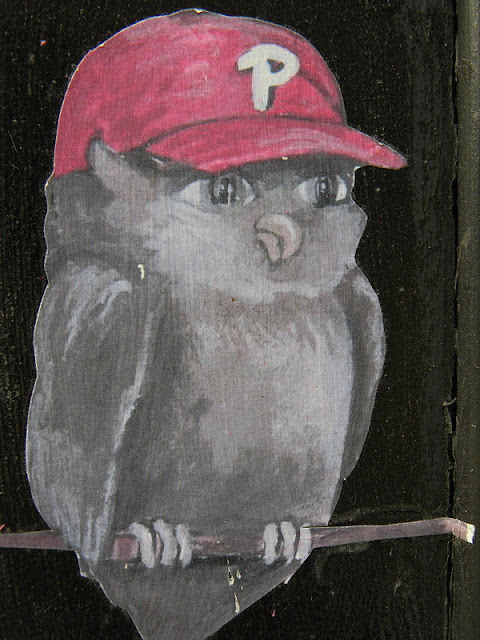 Love this little bird.  I've seen this as a wheatpaste up around Philadelphia as well as a small hand-painted image for sale at my favorite local artists gifty shop, Nice Things, on Passyunk Avenue in South Philadelphia.  I found this guy at 5th and Bainbridge Street among several dozen street artists' paste-ups.  I forget who the artist is, I remember it's by a woman, but can't recall her name. 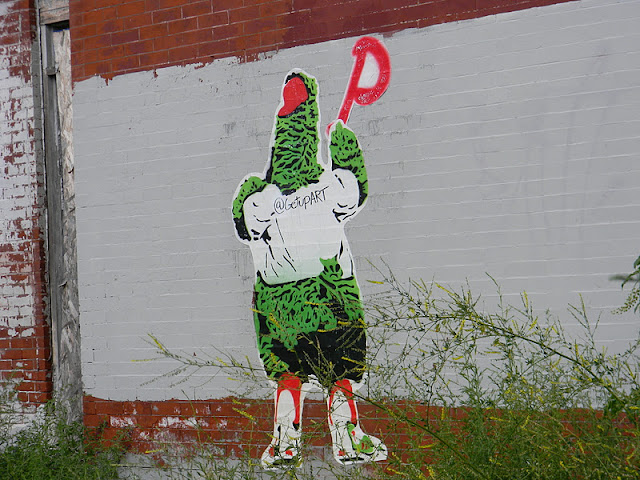 This Phanatic paste-up is by an artist or group of street artists called Get Up. They do stuff all over the country.  They've been in Philadelphia for the past 6 months, adding the Phanatic to their mix of street art.
I hope my next photo story about the Phillies is all about the NLDS win and my visit to the Pennant Championship Game # 1 on Sunday.  Fingers Crossed! Go Phillies!
Email Post
Labels: baseball PhiladelphiaSights Phillies photos StreetArt