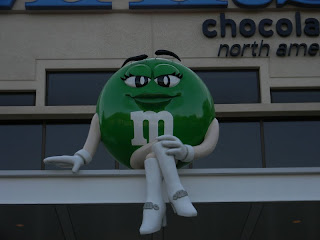 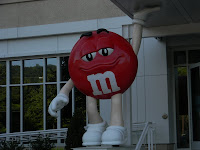 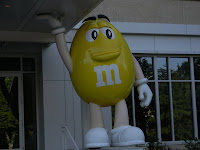 Whenever I go on vacation, I like to a) take my bike if I can and b) scout out the local food finds.  As I mentioned in earlier posts, we're doing a driving vacation this week, driving about 2 hours outside of Philadelphia and into parts of North Western PA, North Central NJ and over to New York to the forgotten Borough - Staten Island (the secret gem of New York!)  So far I've found a lot of great food and candy finds but haven't had too many opportunities to discover much via bicycle.  The weather has been a major prohibiting factor in not being able to get out to cycle.  Actually, we've had only one day without any rain and pure majestic blue skies, every other day since Saturday,  August 13th, have had either torrential down pours or enough rain to wash out any chance of getting out on the bike. 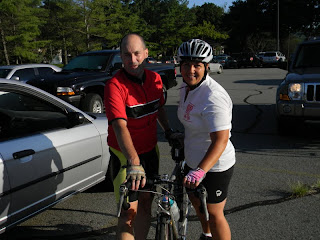 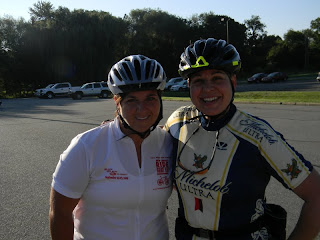 We were in Hackettstown, New Jersey, where our friend, Lynnette, lives - she of the spot of tea and Polish Feast meals.  She introduced me to her friend, Tara, and organized a bike ride for me with Tara.  I met Tara and her riding partner, Paul, on Wednesday at 6:20 am, in the parking lot of Mars, Incorporated.  Paul works for Mars, along with Lynette's husband, Rob.   Tara and Paul have been cycling together for over 8 years; they know each other and the area very well.  Apparently there's a big bicycle community out in the rolling hills of Warren County, and Paul and Tara are two of the group who took me out on a modest, non- rolling easy hill climbing bike ride.
Tara and Paul were gracious bicycle hosts, taking me on what I'm sure for them was a C-Class ride.  For me it was a wee bit more of a challenge as compared to my morning 24 mile flat ride around the Schuylkill River.  I was a bit nervous riding with new people - I felt like a newbie again and was worried I wouldn't be able to keep up with their pace.  I did okay but it was eye opening for me to be humbled by other cyclists who are used to riding up some very steep hills on a regular morning bike ride.  Plus, I couldn't sprint as quickly or take over the lead at all, because a) I didn't know the area b) I didn't have the legs c)it's just plain rude!
Our ride was scenic and beautiful with a few climbs. Fog hovered around us on parts of the ride through more wooded areas. There were moments when my sunglasses and bare arms were glazed over with cool dew.  I managed nearly all of the short climbs and only one steep residential area caused me to give out - mostly because I misjudged the grade of the street and I wasn't in an easy low gear.  I almost wiped out and couldn't get my shoes unclipped but in the nick of time I  found my footing so I could walk up the hill the last few steps to the top.
As we rolled back into the parking lot of Mar's Inc., home of  M&M's, we were greeted by a sweet smell of chocolate and roasted peanuts. It was truly divine. The morning was filled with  golden sunlight, the fog was just beginning to burn off and ahead of us were cloudless azure blue skies. A bike ride like this just doesn't get better.
This 18 miler left me short of breath a few times but it was a glorious ride - one that had I been in a car and seen riders on the rode next to me I would  have been envious.  In short, it was the kind of bike ride I've always dreamed of doing but never had the guts or opportunity to try before!
Email Post
Labels: "Food Finds" biking photos vacations