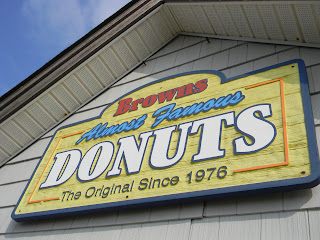 I spent last week at the south Jersey Shore, in Sea Isle City, on the outskirts near Strathmere Beach. In Philly-speak, we went "down the shore".  Sea Isle/Strathmere is about 20 miles south of Atlantic City,  it's the town after the famously dry town of Ocean City, New Jersey.  Where we stayed is the perfect location for so many reasons - private beaches, not crowded and near enough to several other shore towns that you can reach them quickly via a short drive or bike ride.  I opted to bike ride to the three closest towns, mostly so I could imbibe in all the delicious beach and boardwalk treats! I biked at least 18 to 24 miles round trip per ride,  giving me justification for all of my bad junk food habits on this trip.
A friend asked what did we eat while away, and the answer back was, what didn't we eat?  There are four food groups that I have to have when I head to the Oeanc City, NJ shore, ice cream from Kohr Bros., donuts from Browns, Pizza from Mack and Manco's and Popcorn from Johnson's.  I'll sometimes add a 5th item, Curly's fries, but those aren't a junk food necessity.  Sprinkle in salt water taffy, hamburgers, and other assorted unhealthy but oh so good junk foods and you have the makings of a very merry time (and major weight gain!)
This was the year of the donut for me.  I conducted taste tests of Brown's, Ove's and other old-fashioned cider donuts.  Brown's, a landmark spot at the end of the Ocean City Boardwalk since the 1970's has a fantastic following for their donuts, breakfasts and hamburgers.  Their dontuts are my sentimental favorites, but Ove's, another old-time stand a few blocks away on the boardwalk,  won out for light, fluffy and non-greasy donuts.  I had a donut from a farm stand at the Turn-pike rest stop, sort of one more for the road.  It was good, but not the same as the one's for which I biked 20 plus miles! 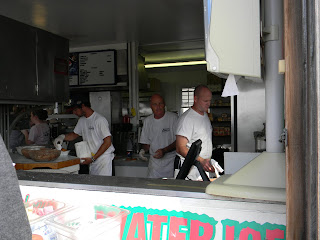 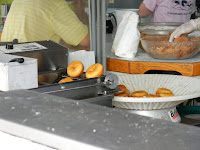 The Men at Brown's on the Boardwalk in Ocean City.  It's a non-stop affair here, with the lines for the donuts, breakfasts, burgers and other shore treats have people snaking down the boardwalk as soon as the shutters go up and the cash register opens.  The donut fryer works overtime until all the batter is done for the morning.  Get there early, the donuts don't last beyond 11 am. 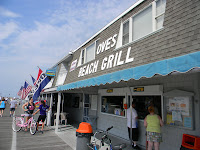 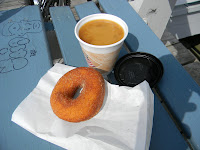 Ove's at 4th Street on the OC Boardwalk - another South Jersey Shore institution.  The donuts here are excellent.  Light and airy cake donuts with a choice of toppings: cinnamon sugar, chocolate, vanilla or honey glazed or plain.  The coffee at Ove's was meh, but the donut was worth the ride. 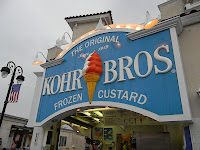 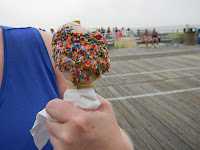 Another Shore treat that I find hard to resist - soft-serve "custard" ice cream from Kohr Bros.  Admittedly, it lacks a powerful flavor profile. The flavors are too muted and bland.  It was hard to taste either the peanut butter or chocolate in the chocolate peanut butter twist cone.  Maybe it's because they are such a large franchise presence on the boardwalk and they are more interested in selling as much product as quickly as they can or that they've cut corners on the products to save money and maximise profits.  Soft serve custard ice cream isn't great at most places, if you're lucky it's airy frozen cream and sugar plus some real flavoring.  Nevertheless we had ice cream from Kohr Bros. twice! 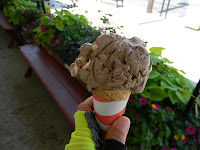 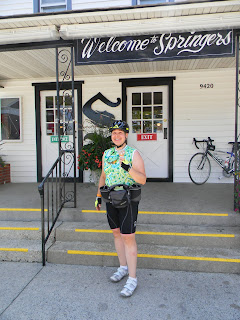 When it comes to real, home-made, old fashioned ice cream, the absolute best is at Springer's in Stone Harbor, New Jersey.  It's a 13 mile bike ride from where I was staying and I had to make sure I did this southern bike ride at least once while on vacation.  Years ago, back when the Food Network had good programs and not that many celebrity show-offs chefs, I saw a program that featured summer time favorites.  Springers was a featured ice cream shop and somewhere into my food memory bank the name got stored.  I had the chance to enjoy a lot of their ice cream during my Sea Isle summer vacation of 2009, and haven't been back since.  The two year wait didn't disappoint.  The small batch, home-made ice cream was creamy, flavorful and the flavors we tried were full of real fruit, chips, marshmallows and peanut butter ribbons.  Aside from Capogiro in Philadelphia, it's the only ice cream worth 4 bucks a scoop.  Try it towards the end of the season - the week after Labor Day.  The shop stays open through September, but they get increasingly generous with the scoops as they near the end of the season. 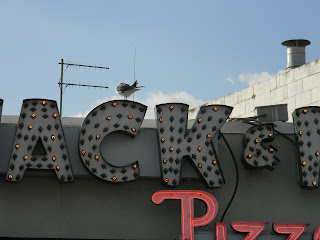 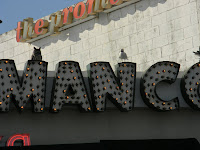 Boardwalk style pizza is my all-time favorite. I love pizza that is thin and crisp.  It may be a tad on the greasy side, but what isn't when it comes to shore eats?  We all had a taste for Mack and Manco's pizza and no other pizza would suffice this trip.  The whole family piled into the car and took yet another jaunt over the Strathmere bridge and ventured into OC for a boardwalk excursion.  Since there were more of us than could fit into our car with our son, Nate and his car seat, I "volunteered" to ride my bike the 13 miles one way.  I figured I'd earn my pizza points by riding.  That was the day I rode twice, visiting several different shore towns for a total of 48 miles cycled in one day. 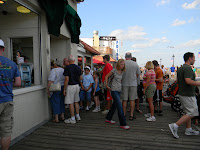 In OC, we visited with some old family friends and their new baby first, then we ventured to the boardwalk for more Kohr Bros, Johnson's Popcorn, salt water taffy and the famous Mack and Manco's Pizza.  Note, there were 5 adults on this outing, and two more adults at home waiting for all of our food finds.  Plus we had two toddler boys who would also be eating pizza - so we had to get several pies.  The lines at Mack and Manco's never seem to end and it's a cash only business.  It's safe to say they are rolling out and in the dough! 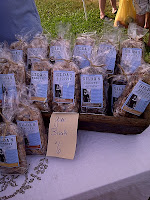 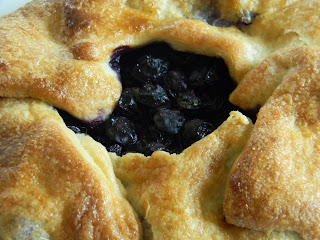 The last food find of my biking adventures was not one I intended or expected to find.  I was visiting with my Blogstress Network buddy, Barbara, from the blog Zero to Sixty.  We met on the boardwalk, rode the length of it, about 5 miles and then meandered through the north end of Ocean City.  Along the way we stopped at the OC Farmer's Market, which had just started that day for the summer season.  As we checked out the vendors, I noticed a sign for blueberry pies and biscotti.  Not one to turn down a piece of pie, I stopped for a closer look and realized that the vendor was an acquaintance of mine and a purveyor of the best biscotti in Philadelphia, Gilda's Biscotti.  We chatted with Gilda and her husband, caught up on the culinary world and people we know and were Gilda's first sale via her Iphone web credit card/debit wifi system.  Barbara and I each purchased a blueberry breakfast hand pie - or individual blueberry rustic tart - a free form pie backed in a pie crust without a pie plate.  It was divine and truly deserves a post in a non-junk food category.
Over-all I couldn't have indulged in all of this eating had I not been riding my bike at least 20 miles per day.  Another week at this rate and I'd have to do some serious cycling to keep the weight off.  But since it was vacation, I'm allowing myself a free pass for the week.  Tomorrow the biking and clean eating begin anew!
Email Post
Labels: "Food Finds" biking Farmers Markets photos