Music has the power to take me back in time, stop a moment, revive me and lift my mood.  I'm sure the same could be said about scents, tastes and sights, but for me, music is my most powerful memory enhancer.  On a recent walk home, I was listening to my favorite ipod mix of funk and disco music.  An instrumental piece of music from the soundtrack, Saturday Night Fever, came on and instantly I was a child again in 1977, watching my mom get ready to go out "clubbing."  It was Manhattan Skyline, by David Shire, (it's playing in the background of my video collage I posted above) a quintessential 1970's big orchestrated instrumental disco song.  The music is full of long violin bowing, big horns, a funky bass guitar and there is a long interlude chorus to transition the music from one mood to another.  The song builds up in repetitive crescendo, begging for a disco roller skating moment to happen.  It's a time capsule piece of music from the disco era in the same way The Hustle is - you can just see the dancers and specific steps to this music happening.  Or if you are like me, you can see John Travolta and Karen Lynn Gorney dancing to it in the scene where it is played in the movie.  I see my mother being happy and in her element, impeccably dressed and looking radiant and carefree. 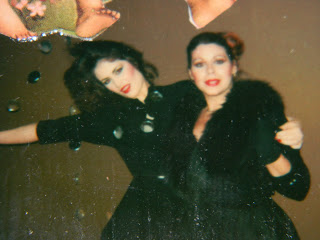 Normally I refrain from sharing my childhood stories - they are too dark and depressing. I don't like to write about my mother; I get too angry and upset.  But this piece of music brought back happy memories for me.  I have so few memories of my mother being happy and not crazy.  The best times in my childhood and teen years generally involve parties and music.  My mother was (and probably still is) a huge clubber and dancer.  Her best times and subsequently my best times, were when she was having a successful night out at a club in Center City in the mid to late 1970's and early 1980's.  Second Story, Lickety Split, The Black Banana, Catacombs, The 2-4-7.  My mom was into the gay night club scene years before it was fashionable or normal.  Her stories were legendary about the escapades in these dens of dance and drugs.  I heard stories about the famous and semi-famous; saw photos taken by the celebrity photographers of the day, a few in which my mother was photographed.  Donna Summer, KC and the Sunshine Band, Gloria Gaynor, the Saturday Night Fever album (double record, with cool fold out cover) were the albums and soundtrack of my childhood.  Don't Rock the Boat, Me and Mrs. Jones, any song by Chic, are on a constant loop in my head, pulsating and playing in my mind's cassette mix tape (or better still, 8-track tape!) 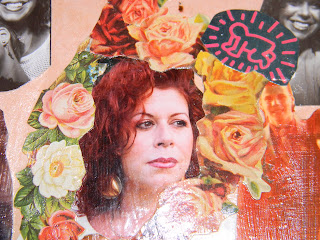 My mother was her best when she was having attention lavished on her.  I think she was only truly happy when she felt pretty and svelte and had men wanting to know who she was.  She was a master of creating the allure of a 1940's femme fatale.  When I can keep my bitterness towards my  mother in check, which is rare, I describe her as a cross breed of Joan Crawford - that forward thinking, broad-shoulder-padded woman from Mildred Pierce;  add in a generous helping of Liz Taylor from Butterfield 8 with her good looks, eyebrows and too many men; top this off with a touch of Greta Garbo's mystique.  My mother was from the hippie generation yet she embraced the 1970's disco culture, glamour and style.  Those were her best years of my childhood.
Email Post
Labels: Family memories parties photos