How many faces do we really have? 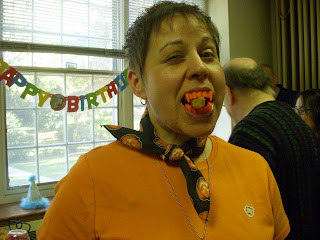 Recently, someone I know called me mean, unkind and a not nice person.  While I know this opinion is not true it's bothered me immensely.  Primarily I feel offended because it's the kind of petty name-calling that I should not be subject to in a professional setting.  I'm offended because the statement was made in front of other people who's opinions and judgement matters to me (or so I thought...) I wasn't defended and the person wasn't told to shut the front door immediately - which should have happened the moment the words came screaming out of the mouth.  I'm offended because the words had an echo of someone else - another person with whom I had a contentious interaction and who turned out to be a toxic, self-centered, self-serving egomaniac person who thought she was better than everyone around her.  Lastly, and most hurtfully, being called mean and unkind unleashed a trigger of childhood/adolescent memories for me of my mother basically telling me that I was a terrible person.  To quote, "You're not that great.  You aren't special.  People should only know the real you, then see how much they like you...They don't have to live with you, so they don't know what you're really like..."  Kind of hard to shed this sort of verbal abuse when you heard it regularly for 17 plus years. 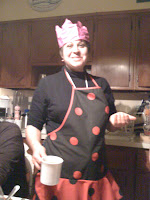 Since the outburst was said under duress and in the heat of an emotional outburst and stressful day, I've mostly been able to set the words aside and focus on the incident itself to see that a) the words are not true and b) some sort of weird projection thing was going on with this individual.  One of my prouder behavior moments in my life was the way I handled the outburst - with a calm, steady silence.  Initially I shut down and didn't let the words penetrate me.  However, the words got inside my head a great deal.  This happened several weeks ago and it's taken me all this time to find a way to  write and deal with this emotional turmoil.  Of course I'm not a mean, unkind or not nice person.  But I'm not exactly warm and fuzzy, full of  sweetness and light.  No one really is. We all have multiple personalities.  The key is that our true essence remains consistent throughout all of our faces.  How many of us can truly admit to being genuinely nice person all the time?

Given my history of depression and introspection, I'm keenly aware of my moods.  Growing up with a manic/depressive narcissistic mother who skewed towards mania and anger, I'm all too familiar with how moods or behaviors affect those around you.  A therapist once told me (She told me repeatedly over the course of a decade or more) that when a child such as me grows up with a personality like my mothers - volatile, aggressive, delusional, that we feel responsible for the mood and behavior of everyone around us.  It's more than being a care-taker, people-pleaser or peace maker.  I feel personally responsible for the behavior of those around me, almost to the point of wanting to control it even though I can't or couldn't.
I might not, in the hot emotional moment of one of me temper flare-ups be able to discern how uncomfortable I've made my co-workers, friends or family.  I'm too blind to anything else around me.  But once I've calmed down, or rested, or eaten or whatever it is that I need my mind and body to do to get back to the safety zone, I can see how ridiculous I behaved.  I'm getting better at this, whereas years ago I would have lost my temper and created as scene straight out of The Jersey Shore brawls with Snookie, The Situation, Paulie or Sammi "Sweetheart".  I blame it on the Italian side of my family, specifically the South Philly Italian side.  To have grown up emotionally and matured, by spending years and loads of time and money in therapy has allowed me to become a very self-aware woman. I truly wanted to change and undo years of anger damage.  Today, I am fairly successful at controlling my "boisterousness" and loud-mouth temper.  Had I not learned and changed I'd be dead, either from hyper tension or saying the wrong thing to the wrong person. 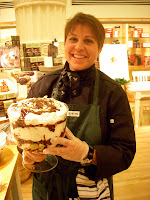 As for the initial mean-spirited statement, I think it's best that I somehow shed it from my life.  I don't want to list all the ways in which I'm not mean or unkind or prove how nice I can be and usually am.  Do I have to puff myself up and be a loud-mouth braggart, telling everyone within earshot about how I helped some old person cross the street, gave directions to some tourists in Philadelphia; returned money I found on the floor at the bank; or any number of other ethical, moral or otherwise decent things I've done as a good citizen of the world?   No, although I just did!  I might not have bought into the drama soap opera of this person's life, and I haven't validated the behavior in a way that was desired.  I may be cool at times and a bit short-tempered, but in no way am I a mean, unkind or not-nice person.  If I were, I doubt I'd have spent the past few weeks trying to figure out a way to forgive and forget the outburst and not take on more than my share of the burden of the blame.
If someone called you the things that are anathema to who or how you are, what would you do?
Email Post
Labels: "Failure/Success" depression determination illness inspiration