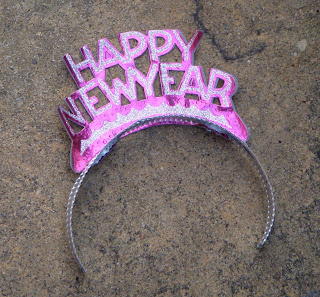 Last year, I "borrowed" this idea of the 30 plus questions from my friend, Aimee, who in turn borrowed this from someone else's blog. I like the 20 question format. It's easy, you get to talk about yourself without much provocation and sometimes you reveal something about yourself to yourself. As my 2nd Annual Installment of the Year in Review, I present this year's All About ME! or a few things I care to share...

1. What did you do in 2008 that you’d never done before? DROVE A CAR to Pittsburgh and got my driver's license.

2. Did you keep your new year’s resolutions, and will you make more for next year? Yes, even though I tend not to make resolutions. I continued to work out, keep my weight off, eat healthy, and I learned to drive.

3. Did anyone close to you give birth? Hell YEAH! We had a baby boy this year! Last year when I was reflecting on 2008's milestones, I knew we were in the midst of trying to get pregnant, and we had one miss, which I didn't want to write about but was weighing heavy on my mind.

4. Did anyone close to you die? HMMM, I don't think so, but still there are many illnesses in my friends and family's lives.

5. What countries did you visit? Ah, we didn't leave the USA. We barely ventured out of the state this year. We did head down to Florida for a "baby-moon" vacation in July. Ventured to Sanibel and Pittsburgh. Not a big travel year for us, and I even video taped and shared my New Year's Eve tradition of running with a suitcase.

7. What dates from 2009 will remain etched upon your memory, and why? March 6th - we had our lucky day with the fertility doctor; June 2nd - our 10 year anniversary; August 2nd - my 2nd Triathlon that went down in a rainy downpour mess; August 23rd and the LiveSTRONG ride from hell (NEVER AGAIN!); October 15th to the 17th - Nate's arrival.

8. What was your biggest achievement of the year? As cliched as it sounds, becoming a parent.

9. What was your biggest failure? Not keeping my temper in check or knowing when I reached my maximum stress point before I had a major melt-down.

10. Did you suffer illness or injury? Fortunately no. A few sore back aches, a wounded knee that won't bend properly.

11. What was the best thing you bought? Driving lessons and The new IMac computer. 'Nuff said.

13. Whose behavior made you appalled and depressed? The media and the excessive hype of celebrity misdeeds or deaths. No more Tiger/Michael Jackson/Reality Idiots.

14. Where did most of your money go? Doctors, again; diapers, wipes, formula.

17. Compared to this time last year, are you:
a) happier or sadder? happier
b) thinner or fatter? about the same, though my mid-section is getting paunchier
c) richer or poorer? again, about the same, but the dollars aren't going as far and taxes and health insurance are going through my roof.

19. What do you wish you’d done less of? Watched Television

20. How did you spend Christmas? We had about 17 or more people come to visit over the stretch of holidays. I grocery shopped, cleaned, decorated, entertained and cooked for days. It was a lively and exhausting holiday season, our first Christmas with our baby.

22. What was your favorite TV program? again with the tv? Burn Notice, In Plain Sight and Royal Pains.

23. Do you hate anyone now that you didn’t hate this time last year? Disappointed with several folks, again. I try not to hate, but in the moment, I sure do have some mean vile feelings for people.

24. What was the best book you read? I am getting worse and worse each year as I read less and less and watch too much tv and spend too much time on Facebook. I read Johan Brunnel's "We might as well win", Nora Ephron's "I feel bad about my neck" and a few other tosser books. Nothing sticks out for me this year.

25. What was your greatest musical discovery? No musical discoveries this year to share. Still like the same folks from 2008, Adele, Amy Winehouse, and back to the oldies - CSN&Y Madonna; The Moody Blues.

26. What did you want and get? A baby, a better time on my triathlon, an ipod nano.

27. What did you want and not get? A new bike...sense a theme here? Another Phillies World Series win.

28. What was your favorite film of this year? UP and Julie/Julia

29. What did you do on your birthday, and how old were you? In 2009, I turned 42. Went to work for a few hours, took a new friend with us to my favorite tea shop, then to the Reading Terminal Market and then to the Flower Show. That evening, Liz and I had dinner and a good bottle of wine at our favorite restaurant, Paradiso. It was a great birthday.

30. What one thing would have made your year immeasurably more satisfying? Knowing how to keep myself on an even keel. I spent 9 months stressing over other people's behavior that I cannot and could not control. What a colossal waste of my psychic energy.

31. How would you describe your personal fashion concept in 2008? PREPPY with a Miami Twist! Pink and Green, Oranges, Brights. Bring on the Spring/Easter Fashions!

34. What political issue stirred you the most? The Health Care Reform Issue - does anyone understand it and are any of us going to benefit from this? I sure as hell hope so, my combined expenses for a decent but not great plan, plus the cost of our not even 3-month old son's insurance is more than our monthly mortgage payment. With the money we are spending, we could afford two or three houses on our block.

35. Who did you miss? Rachel, Troy, Michael C., Steven H, friends who live too far away.

36. Tell us a valuable life lesson you learned in 2009. You can never be too prepared and you are never prepared enough. Our baby came about 6 weeks early, and we put off finishing the nursery, household stuff and some major purchases thinking we had WEEKS to take care of these things. Surprise! Nate is a determined little fella. I got my driver's license one week before the baby was born, just in the nick of time. Even though I try to lay out all of my next day's needs, lunch, coffee, book bag, etc, there always seems to be something else you just need that you didn't anticipate.

37. Quote a song lyric that sums up your year. I made a playlist on my Ipod inspired by the birth of our son; these are the songs that sum up my year, or at least the past 2 1/2 months: