Don't Dump on me 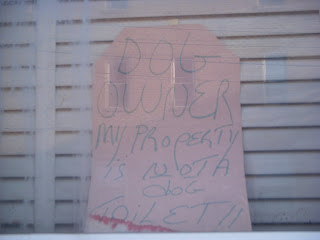 Like the weather, my mood has turned from hot and sunny to a bit cool and overcast. It's nothing really, kinda like a round of PMS mixed with the usual low grade downers that follow an unusually high period of feeling SUPER great. It could be from not having gotten enough sleep, not getting to the gym for a workout, and feeling rotten about that, as well as from the usual work stresses. Liz and I have both been too busy with our jobs and with visitors, so we haven't had much down time to spend together.
Tempers and temperatures have been fluctuating in Philadelphia adding to my blah mood tonight. That and the Phillies lost the game I attended tonight against the Washington Nationals. I stayed until the end hoping they might pull out a 9th inning rally like they did the previous two nights. Fat Chance! It was chilly and windy up in section 327, and by the 9th inning, most of the folks in my section had retreated to warmer locales. Funny thing is, the past few games I have left early only to find that the Phillies pulled off nearly impossible come from behind wins. The team has played awesome offence, hitting major league home runs and batting around all the players in late innings with one or two outs on the board. We hoped for one of those miracle evenings when something stupendous would appear before our eyes out in yonder field o'dreams. The best I can say about tonight's game was the couple of bucks I found on the ground inside the ballpark as we were walking to find the escalator up to our section. Made attending the game kinda sweet. Finding valuables or cash can do a lot to make up for a not so swell day. 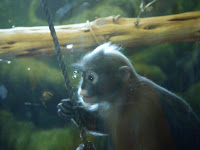 As for my mood, I had a real moment today of wondering when my attempts at being more mindful would really work. It's a much more difficult process to learn to listen, pay attention and be respectful of a person's needs. My brain wants to explode sometimes from the pressure of learning. I heard my co-worker say a phrase today, "Itchy Brain". I missed the context of her saying this term, but I took it to mean that your mind is growing and expanding rapidly with ideas, thoughts and new information so quickly that you cannot contain the physical sensations that come along with it. Perhaps it also refers to the head scratching thoughtfulness or worry one does when you are thinking hard. Google the term and you can find a few sights that refer to "Itchy Brain" in terms of anxiety and depression. This fits in perfectly too with my mood swings, though today's head scratcher was more about being self-aware and falling into old, self-destructive patterns. Getting defensive and then wanting to be dismissive as well as wanting to flee. Wisely, I didn't follow the same old path I've taken before - a moment of mending the monkey mind? It's so hard to break free of my habits of wanting to walk away and ignore a problem or to become hostile and argumentative. The old behavior of not knowing how to keep the old pie hole shut tight. Add in a dash of shameful thoughts that know one will like me if they really got to know me and my head is filled with a toxic mixture of an anger and depression cocktail. What I finally recently discovered is that a lot of people do know me well, and that for the most part, I am consistently the same person every day. I get so worried about other people's perceptions that I forget to see the other side of things: sometimes you disagree and your relationship remains the same. Sometimes the other party disappoints or admiration is knocked down a notch but it's not just me who has fallen out of grace. The old tapes that play on a nagging loop in my head are are hard to quiet. When you grow up hearing a voice telling you that you aren't so great and that if only "they only knew what you were really like, no one would like you" it can be a difficult to silence change and silence that station's channel. WFUM - The F'd Up Mind station, brought to you in stereo! Now available in HD Radio. 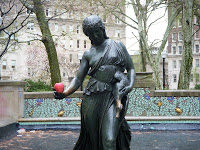 Find me the remote, I need to tune into something more soothing and serene please.
Email Post
Labels: "Failure/Success" "Monkey Mind" baseball depression